I doubt they’re doing it for the complete & deeper reasons that matter to me, but happy to see that little island of integrity, however socialist, resist the siren song of totalitarian lunging Europe. Its people are said to be among the world’s happiest, in spite of the long dark winters, and I think they are the only place that prosecuted and jailed any bankers in the wake of the 2008 financial crisis & shakedown, and they told the European banks they do business with that they would not be paying the bill presented to them as its result. Some stalwart, spineful people up there at the top of the world.

Following last month’s election, which saw a record eight parties join Reykjavik’s parliament, political leaders have been locked in tense coalition talks. Iceland’s centre-left Government applied to join the EU in July 2009 following the banking crisis that hit the country, but the negotiations were then scrapped by its successor in 2015.

Whether Quebec, Scotland, Catalonia, The State of Jefferson, all movements and inclinations away from centralized authority are good news from a black sheep’s perspective, and for critical thinking, history aware people everywhere.

In light of the EU’s governing hierarchy, nothing like the U.S. even nominally, with the body with actual legal authority being a committee of unelected bureaucrats operating in parallel to and independently of the group of elected representatives sent by the EU’s member countries to Brussels, and thus already far more structurally totalitarian in fact and in potential, this is a particularly good thing. If the EU should fail as an entity, that would be best.

“It Could Open A Pandora’s Box”: Italy’s 2 Richest Regions Are Voting In Historic Autonomy Referendums

Voters in Italy’s two wealthiest northern regions of Lombardy and Veneto are voting on Sunday in referendums for greater autonomy from Rome, in which a positive outcome could fan regional tensions in Europe at a time when neighboring Spain is cracking down to prevent Catalonia from breaking away.

The technology involved apparently has critics, but this would seem to be at least marginally good news (leaving aside that I’m under the impression that zero emission vehicles and maybe free energy technology have both been possible for a very long time, but suppressed for the usual reasons).

Toyota’s hydrogen fuel cell trucks are now moving goods around the Port of LA. The only emission is water vapor.

A concept version of Toyota’s hydrogen fuel cell truck is running short-haul drayage routes at the Port of Los Angeles as part of a feasibility study, which figures in to the port’s efforts to reduce harmful emissions. The truck will move goods from select Port of LA and Long Beach terminals to surrounding rail yards and warehouses for distribution.

I consider all civil interviews & open-minded discussions (as opposed to those acrimonious, combative, shrill & interruptive sorts one will often hear conducted by the anchors and hosts on CNN, MSNBC, & Fox) between thoughtful people of well considered opinion, principle & position to inherently be good news, hence their inclusion here on the The Black Sheep Herald, whether the content of said conversations be serious & dire or not. That is, I consider these types of conversations, both in tone and content, to be part of the solution, both long term and in the moment, and make the world a better place, right now.

This is a conversation between two pillars of the voluntarist community (aka voluntaryist, and has nothing to do with “volunteering”): James Corbett of the The Corbett Report, and Larken Rose, both major and prolific good guys in the libertarian and truther communities, and men I expect I could live happily and cooperatively in community with.

Here they civilly and interestingly discuss “statism” (the adverse of voluntarism), the longstanding and current paradigm of human society.

Interview 712 – Larken Rose on the Religion of Statism

Podcast: Play in new window | Download | Embed Larken Rose, the author of The Most Dangerous Superstition, joins us today on the program to explore the linkages between statism and religion. Is a belief in governmental authority analogous to religious belief? Or is it simply a religious belief in and of itself?

A clear thinking, open-minded article, stating what has become obvious to so many now who consider the topic, and, of course, suggesting the beginning of solution (and that one is clearly needed in the first place). It’s all about the solutions now.

I typically try to avoid news on Sundays, but I spent much of yesterday in complete awe of the extraordinary strength and fortitude of the Catalan people in the face of totalitarian violence from the Spanish state against citizens attempting to vote in a peaceful referendum.

As impressive and blessed as the internet has proven to be for disseminating information quickly and widely – and about topics and events never before discussed broadly, if at all before 2001 – and as much as I admire the big guns and the pioneers among the alt. news sites & truthers; all the libertarian-ish types, the anarchists/voluntarists and certain progressives out there running sites sounding the alarm about the many transgressions of the various forms of collectivism against logic, the fundamental rights of people, the environment and the animal world, et al, those alarms are relentless, and represent a tsunami of bad news, only occasionally mitigated by any ray of light.

But within that avalanche of urgent and ominous stories,

END_OF_DOCUMENT_TOKEN_TO_BE_REPLACED 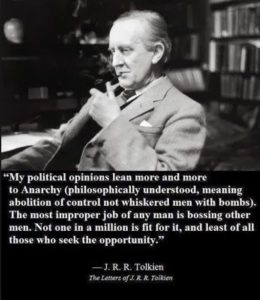